In addition, trans women using oral EV showed significantly higher E1/E2 ratio than those using transdermal therapy. A lower E1/E2 ratio has been reported in postmenopausal women receiving transdermal hormone replacement therapy [40]. No other differences were observed between these two modes of estrogen treatment, suggesting both are equally effective. 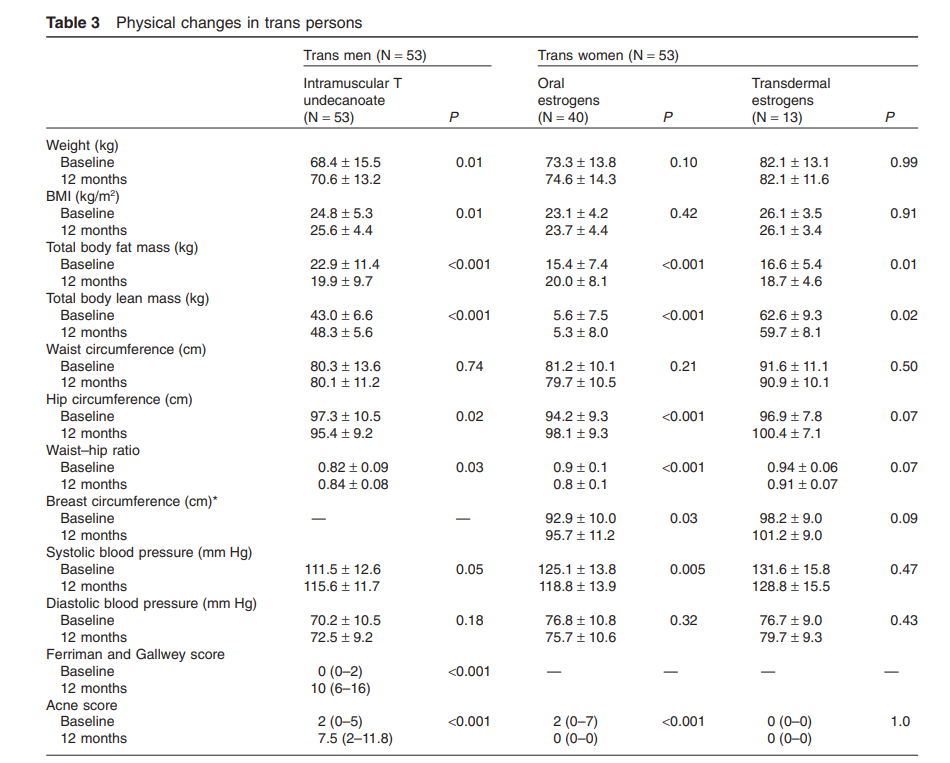 History and physical exams, including assessment of feminization by Tanner staging and breast diameter were obtained at baseline and every 6 months for 24 months.

The proportion of subjects in each group reaching Tanner 3 breast stage at each 6 month interval is shown in Figure 3. All subjects in the TBE and OBE group were feminized by 18 months… 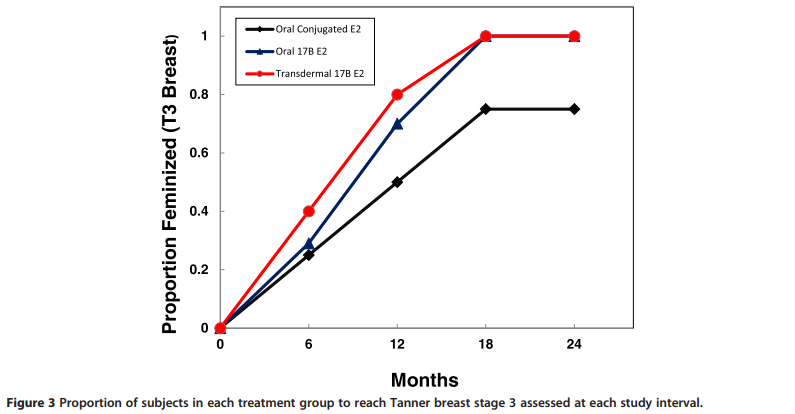 Because most transwomen (99%) in this study received cyproterone acetate as antiandrogen treatment, no analyses on treatment regimen other than oral vs transdermal estradiol administration route could be performed. 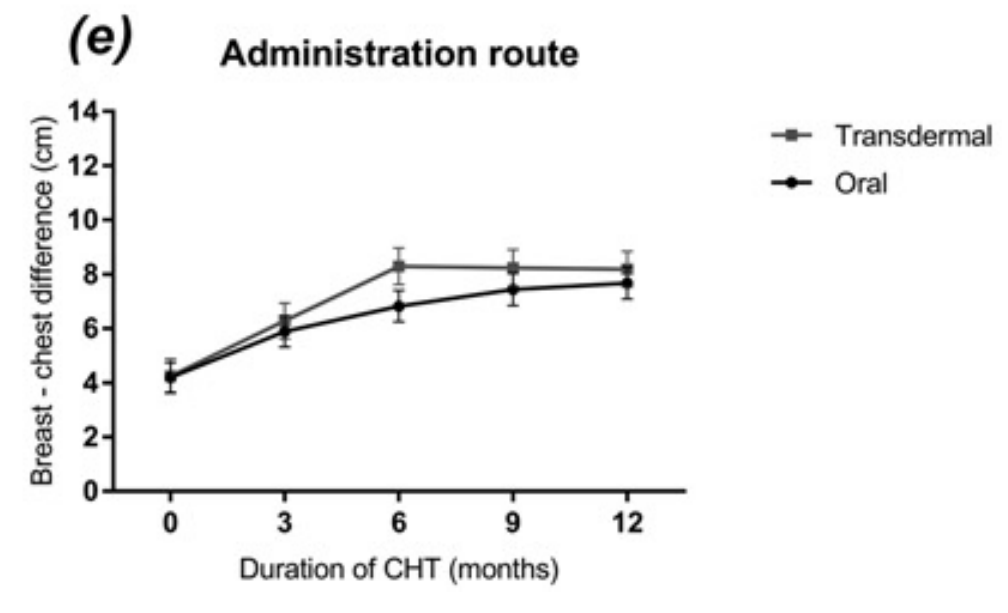 Incremental dose increases at ;6-month intervals can mimic the normal pubertal tempo until adult dosing is reached over 2 to 3 years. This theoretically translates into a 25% to 100% increase in dose every 6 months for four to six dose changes between the initiation and adult doses portrayed in the Table 1. However, no studies to date have rigorously studied outcomes in relation to the rate of dose increase for the different preparations.

In general, the studies summarized in Table 3 report onset of breast buds within 6 months in most girls (17, 18, 22, 23, 27). Each of these regimens results in pubertal stage 4 breasts in an average of 2.25 years, which is similar to that in girls with TS who have spontaneous puberty (1.9 years), as well as in the general population (23). 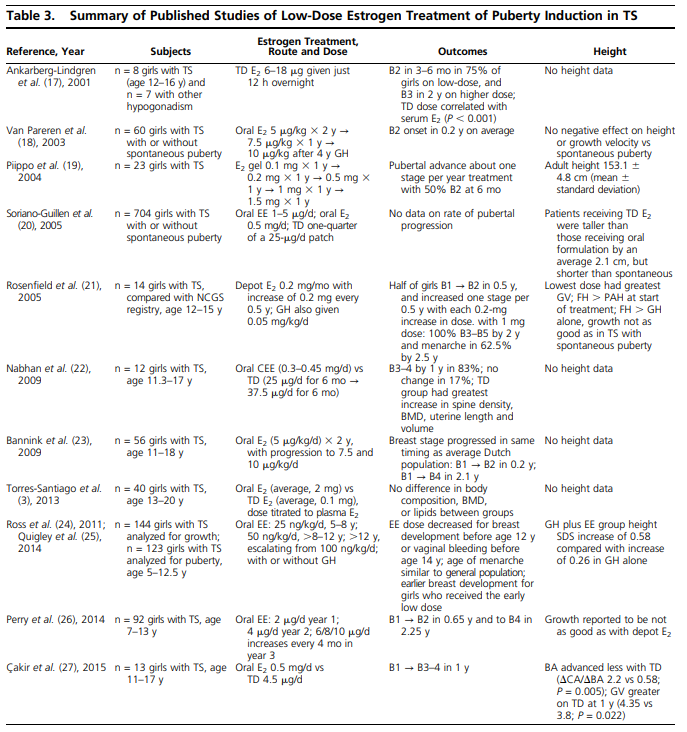 Subgroups in transwomen were oral estradiol and transdermal estradiol. In these analyses, only transwomen and transmen using the same type of treatment during the whole year were included. Analyses on sex hormone levels were performed in quartiles of Z-scores, which is described in more detail below. 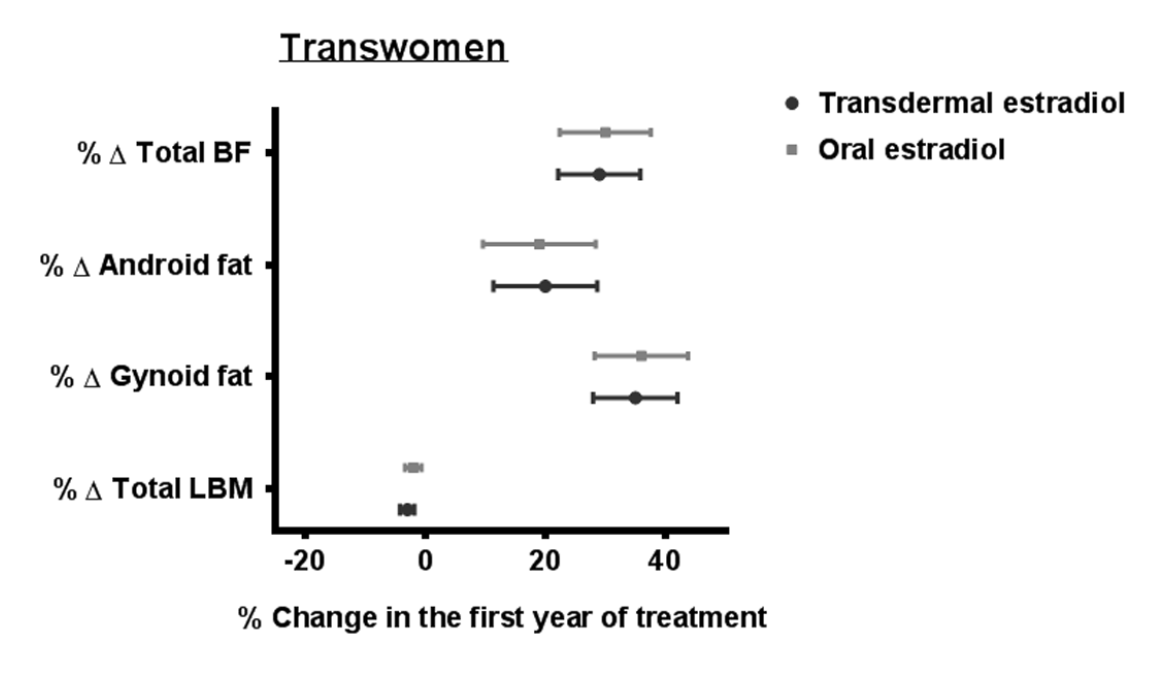