Contents
Top of page
The Discovery and Development of Selective Estrogen Receptor Modulators (SERMs) for Clinical Practice
Molecular basis of agonism and antagonism in the oestrogen receptor.
Structure-Based Approach for the Discovery of Novel Selective Estrogen Receptor Modulators
Estrogen Receptors: Therapies Targeted to Receptor Subtypes
The Structural Basis of Estrogen Receptor/Coactivator Recognition and the Antagonism of This Interaction by Tamoxifen
The Role of Estrogen Modulators in Male Hypogonadism and Infertility
Tamoxifen for the management of breast events induced by non-steroidal antiandrogens in patients with prostate cancer: a systematic review
Molecular mechanisms mediating the neuroprotective role of the selective estrogen receptor modulator, bazedoxifene, in acute ischemic stroke: A comparative study with 17β-estradiol
Tamoxifen in men: a review of adverse events
Comparison of the Ligand Binding Specificity and Transcript Tissue Distribution of Estrogen Receptors α and β
Selective Estrogen Receptor Modulators – an Update*
Joint Statement by the German Society for Gynecological Endo crinology and Reproductive Medicine (DGGEF) and the German Professional Association of Gynecologists (BVF)
Tissue selective estrogen complex (TSEC): a review
Cooperative Activation of Gene Expression by Agonists and Antagonists Mediated by Estrogen Receptor Heteroligand Dimer Complexes
Effect of estrogens on skin aging and the potential role of SERMs
The Role of Estrogens in Control of Energy Balance and Glucose Homeostasis
Serum leptin levels and body composition in postmenopausal women treated with tibolone and raloxifene.
Effects of raloxifene on body fat distribution and lipid profile in healthy post-menopausal women.
Raloxifene and body composition and muscle strength in postmenopausal women: a randomized, double-blind, placebo-controlled trial
An overview of current and emerging SERMs
Coregulator Function: A Key to Understanding Tissue Specificity of Selective Receptor Modulators
Estrogens plus raloxifene on endometrial safety and menopausal symptoms semisystematic review
Selective estrogen receptor modulators as brain therapeutic agents
Beneficial effects of raloxifene and tamoxifen in the treatment of pubertal gynecomastia.
Differential effects of estradiol and raloxifene on collagen biosynthesis in cultured human skin fibroblasts.

Sources/Excerpts: A Review of Selective Estrogen Receptor Modulators and their Potential for Transfeminine Hormone Therapy

Notice: This page was originally posted as a thread on Reddit and has not yet been properly or fully revised since being moved to Transfeminine Science.

Molecular basis of agonism and antagonism in the oestrogen receptor.

The Role of Estrogen Modulators in Male Hypogonadism and Infertility 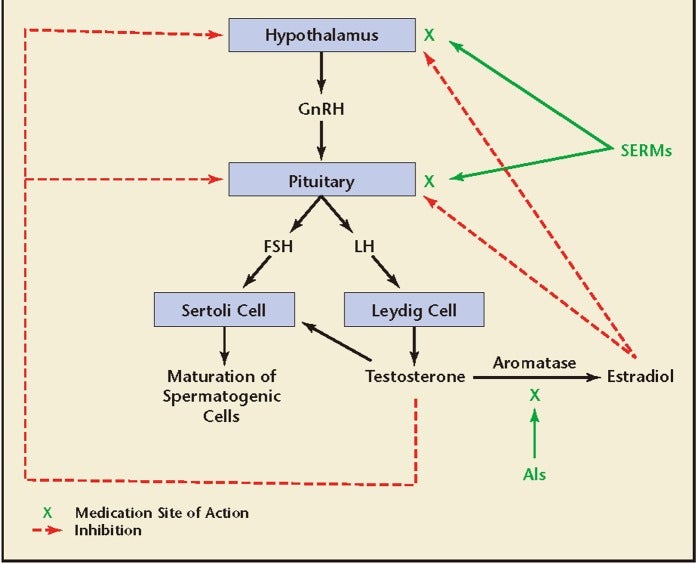 Tamoxifen for the management of breast events induced by non-steroidal antiandrogens in patients with prostate cancer: a systematic review

Note: this shows some variances and similarities in how various ER pathways in the brain of mice are with E2 vs. bazedoxifene

Tamoxifen in men: a review of adverse events 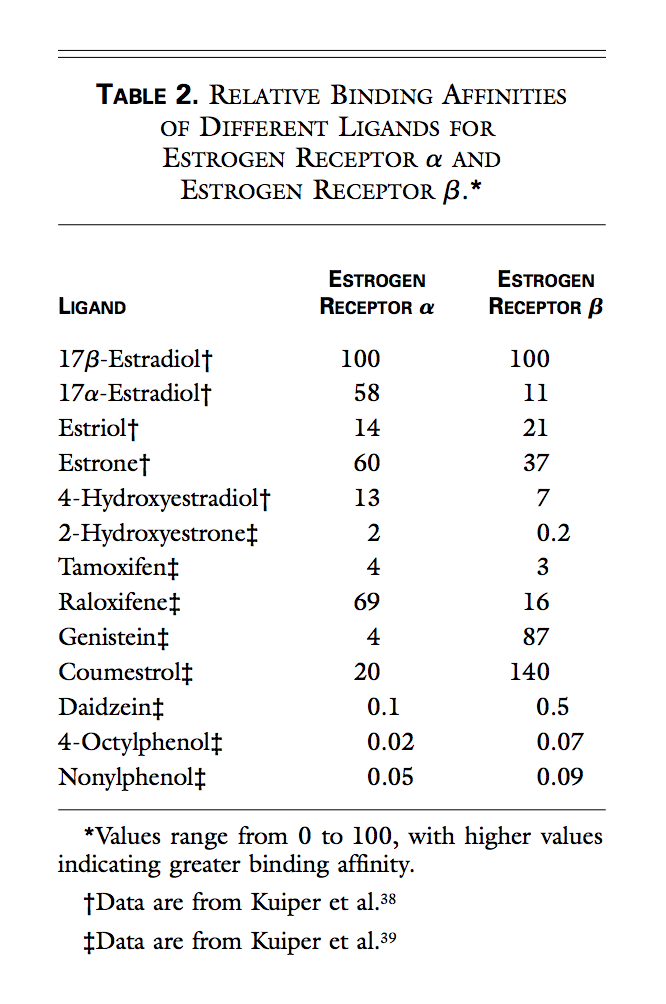 Note - this is from this paper because the table in the OP paper actually had 17alpha estradiol and 17b estradiol switched DOI: 10.1056/NEJMra000471

An overview of current and emerging SERMs

Note: a lot more on this article but this was the only relevant thing I really cared about at the time

Beneficial effects of raloxifene and tamoxifen in the treatment of pubertal gynecomastia.